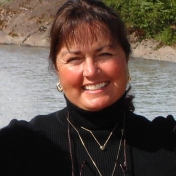 It was the late ’70’s when I first took a quilting class. I made two king sampler quilts entirely pieced and quilted by hand. Back then, very little machine quilting was done so for years, doing everything by hand was my method of choice. Even though I machine sewed other things extensively for 40 years, (from sail covers to window coverings for model homes!) I did all my quilting by hand.

Fast forward to 2016, and it was an innocent conversation with a fellow shopper standing in line at a quilt shop that brought me to the modern way of doing things. She asked if I had ever been to “Road to California” (huge convention for all things quilting) and when I said no, she insisted I “must go”.

I was like a kid in a candy store that first year I went to Road. I never dreamt there were so many rulers, so many gadgets that did so many things that were “necessary” to create a quilt. I spent the next year creating quilts by machine. That first year I was making two or more quilts a month, enjoying the the realization that something that once took me years to create could now be done in just days.

It was 2017 when I joined a sewing group where I saw someone working on a Judy Niemeyer quilt, the Glacier Star. A week later, I was signed up for a class and a mere two months later, I had created my very first Judy Quilt (Glacier Star). I was hooked!

Due to my work schedule (International Purser/Flight Attendant for United Airlines, 45 years and counting), I had a difficult time attending classes on a regular basis. Being a visual learner, I set out to figure it out on my own. With only an occasional class here and there, I became skilled at “seeing” the quilt before creation, not at first knowing about that wonderful tool, Quiltster. The logic, the simplicity, the exactness of Judy’s process just clicked with me, and made perfect sense. My “ah-ha” moment came quickly. Thirty-two quilt projects later, 16 more kitted and in some phase of completion, three Quiltworx University retreats and three trips to the training center in Montana later to learn the “right” way to teach Judy’s process, I am ready to share what I know from the very unique position of having first learned how to create one of her quilts visually.

I love going to retreats and manage to do at least 6 or 7 every year. Without fail, when I bring out a Judy project, it peaks interest. Through the course of a retreat, I love watching how someone goes from “I could never do that” when they first see the pattern, to studying the progress I make as time passes and saying by the end of the week, “I think I really COULD do that!”. My goal as an instructor is to have you find success, to give you the skills necessary to create and finish one of your own. I want to be there when you have YOUR “Ah-ha” moment!

To never be without a project when you travel is a unique and valuable skill. If you need to travel, even if it is just to a friend’s house for the weekend or a road trip across country in an RV., with Judy’s way of organizing a quilt project, anyone who has a need or the desire to create will find her projects easy to take on the go. Think of it as a very manageable succession of small parts that become whole in the final stage of assembly.

I can (and will!) travel anywhere to bring you the gift of knowledge in how to create any one of these amazing Judy Niemeyer quilt patterns. That includes how to navigate Quiltster, create one-of-a-kind mixer quilts, mastering the art of color and contrast while executing her unique design techniques. My greatest strength is that I am a finisher, and I will teach you how to be one, too. I promise to stick with you every step of the way! Take the first step….you will be amazed at what you CAN do!